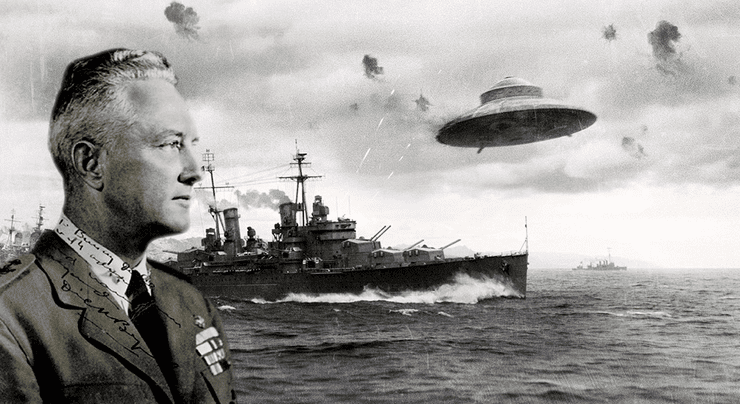 Admiral Byrd’s version and the secret truth of Operation HighJump are told here. A maneuver that concluded in a full-fledged fight with aliens from the Arctic Shelf.

Admiral Richard Byrd, the iconic pilot, headed the project, which was formally designated the United States Navy Antarctic Development Program, that happened between year 1946 and 1947.

Admiral Byrd was famed for going to the North and South Poles and obtaining the Congressional Medal of Honor.

In his writings, which were published at a Nat Geo Convention honoring Byrd, we learn that he was discovered beaten with his teeth pulled out in a warehouse.

Researchers recovered Byrd’s first map of Hollow Earth, which he drew in his notebook during Operation HighJump. This journal, which had been lost for years, contained a detailed description of their Antarctic adventures.

That Journal even claimed to have seen a ship that we able to fly from one pole to the other one in seconds. They were clueless about what they would be in for when they left in August of 1946.

As Byrd’s 13-ship naval squadron, 33 aircraft, and over 5000 soldiers reached Antarctica. A radioman aboard the USS Bronson said he and his shipmates observed for many minutes some bright lights that plummeted approximately 45 degrees into the sky very swiftly while standing on the pilothouse port side, and they couldn’t see the lights since their equipment only ran 250 miles of a straight line.

These have been just the first of Bird’s warnings. Things were going to get a lot worse, and it was coming much too soon.

The objects came up out of the water with amazing velocity, almost as if they were being followed by the devil himself, according to Lieutenant Pilot John Sarson.

He said that everyone was astonished for a second as the creature sat and floated in front of them, beckoning them to make the first move.

That’s when Byrd said it wasn’t on his orders. However, one of the ships opened fire on the UFO. This led to complete chaos, and both sides began trading fire.

It wasn’t long until the losses were too much to bear. Admiral Byrd had lost after a minor fight with the Arctic aliens. Two ships vanished totally, along with a small number of planes and a few unlucky troops.

Admiral Byrd heard a voice in his thoughts after the conflict and everything had calmed down.

This voice was the driving force behind the fleet’s visit to Antarctica.

Admiral Byrd heard voices in his brain six months before the voyage was ever planned, according to the original records.

They sent him a telegram soon after the bombings of Hiroshima and Nagasaki. He took a flight through one of the crevices after hearing the stories again.

This was when he encountered entities he referred to as the Masters or Earth Keepers. They told General Byrd, “You are a man of height.”

They have also added that among his people, he is a hero. They believe what he says. As a result, they’ve sent him a note. Byrd doesn’t realize how powerful the explosives he set off are.

And if they continue along this route, they will have a bleak future. These were some of the things the Masters said.

UFO Crashed And The Mysterious Extraterrestrial Buried in This Cemetery

Former US astronaut talks about UFOs he has witnessed: “The government is lying to us”