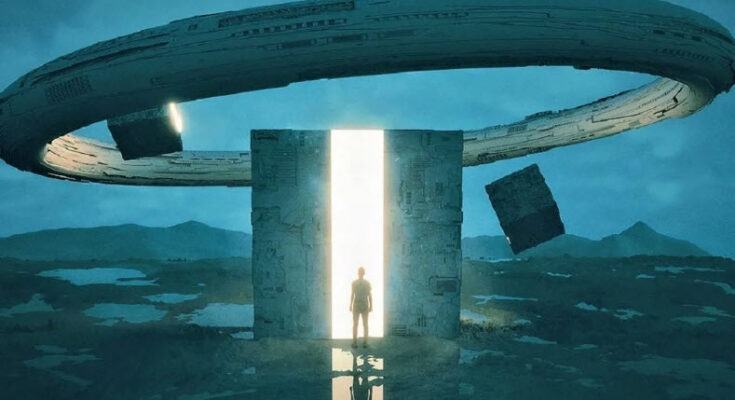 Sometimes we feel a kind of presence around us. Although we can\’t see it, we always perceive a shiver or irrational fear, a way our subconscious tells us something is there… Could it be aliens from other dimensions?

While many people associate this type of sensation with ghosts, some theorists believe it could be something more. It is possible that alien races from other dimensions are manifesting before us.

Aliens from other dimensions “among us”

There is a theory that suggests that our existential plane is not the only one that exists. In fact, recent experiments may have confirmed the existence of parallel worlds.

If these alternate universes are real, they will likely also harbor life like ours. But Will they be like us or could they be other forms of life?

Without knowing it, we could be in the presence of space-time anomalies that allow the entry of aliens from other dimensions where their appearance cannot be appreciated by the human eye.

Assuming these specters are able to move throughout our environment, they can cause great doses of stress and irrational fear in people.

This could explain why footsteps are heard when we are absolutely alone; or unexplained noises such as tapping. These can be subtle clues that they are communicating.

It\’s not the first time we\’ve heard or read people denouncing how the doors of their homes are opened or closed. However, when they go to check, they are in the opposite direction. Chairs that move or appliances that turn on or off.

Even the sensation of unfamiliar smells or sounds within the walls for no apparent reason. Especially at night.

All of us, at some point, have witnessed these phenomena and, despite feeling how our defense system stays alert, we never find the origin or explanation.

Two papers published in the Monthly Notices of the Royal Astronomical Society look at what would happen in parallel universes with greater proportions of dark energy than our own.

Through large computer simulations, the researchers created universes with different initial parameters, thus discovering that the conditions necessary for the appearance of galaxies and places where life can appear are not as unique as is often believed.

Which would have important implications for multiverse theory.

Pascal Elahi, co-author of the study and a researcher at the University of Western Australia, said the simulations showed that the accelerated expansion of the Universe driven mainly by dark energy has an impact on the birth of stars.

Therefore, also in places where life can be born.

Thus, even science supports the existence of life in parallel universes. Life that could be totally different from ours and that, one way or another, could have found a way to manifest in our reality. Are there aliens from other dimensions among us?