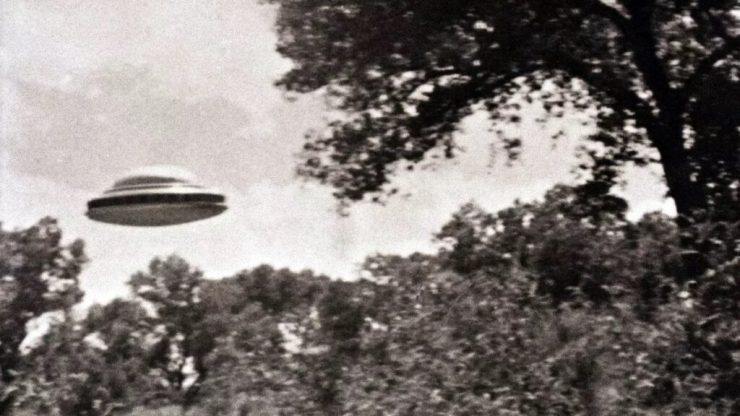 The U.S. Navy is keeping secret footage of unidentified flying objects — or unidentified airborne phenomena (UAPs) as the Department of Defense (DoD) prefers to call them — but will not make the footage public because it would “damage national security,” a Navy spokesman wrote in Wednesday, September 7th.

This admission was made in response to a freedom of information request filed by the Black Vault website, which had previously made publicly available thousands of pages of UFO-related documents obtained through requests to the CIA and other government agencies.

Black Vault filed a request with the US Navy in April 2020, just a day after the Navy declassified three now-famous videos taken by naval pilots of high-tech aircraft moving in seemingly impossible ways. Black Vault requested that the Navy hand over all other such videos.

More than two years later, the government responded with a letter confirming that other UAP videos also existed and denied the request to turn them over on national security grounds.

“Releasing this information to the public would be detrimental to national security because it could provide adversaries with valuable information about Department of Defense/Navy operations, vulnerabilities and/or capabilities,” Gregory Cason, deputy director of the Navy’s Information Security Division, wrote in a response letter

“ No part of the video recordings can be separated and made available for publication.”

Cason added that the Navy was only able to declassify the three UAP videos released in April 2020 because those videos had previously hit the media and were already “widely discussed in the community.” The Navy deemed it possible to officially release the footage “without further damage to national security,” Cason wrote.

Interestingly, in its response to the Black Vault inquiry, the Navy made no attempt to cover up the existence of additional UAP footage. There are clearly more videos of unexplained UFO sightings in the Navy archives, but how many and what they depict remains a mystery.

However, it is clear that the US military takes the potential UFO threat very seriously. In May 2022, the Department of Defense held the first public hearings on UFOs since the 1960s. The hearing focused on the June 2021 Pentagon Report, which reported that US Navy pilots had reported 144 UFO sightings since 2004.

According to the testimonies of pilots, technicians, operators of ground-based radar installations, and simply sailors who were on board aircraft carriers, UAPs reached 40-65 feet (15-20 meters) in diameter, then flew rapidly, then hovered, quickly soared to a height of 10 kilometers without any visible engines and jets, changed their trajectories with accelerations from 100 to 1000 g. Which is absolutely impossible for human pilots if people like us were sitting in these things.

Sometimes these unidentified objects were hidden under water. They emerged from under the water rapidly without any air turbulences or shocks, which usually accompany aircraft breaking the sound barrier. In a word, they behaved, to put it mildly, suspiciously for terrestrial vehicles.

More recently, the Department of Defense announced that it will receive federal funding to open a new office dedicated solely to handling reports of UFO sightings by the US Army, Navy, and Air Force.

Mysterious encounter with a green alien in Spain

Rep. Tim Burchett On UFO Findings: “The Government Is Part Of The Cover-Up”