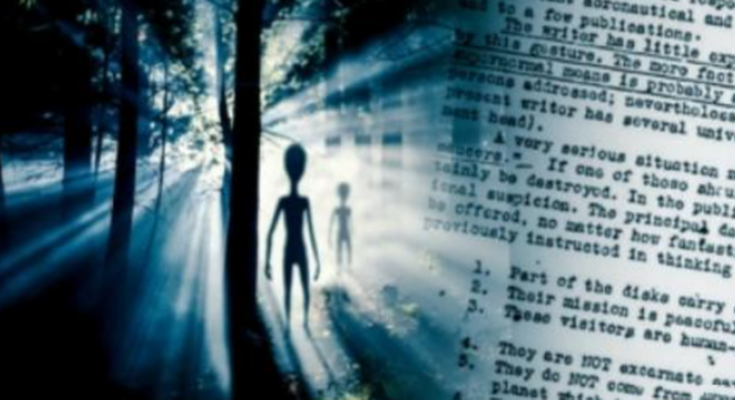 Should it come as a surprise that the Federal Bureau of Investigation has expressed an interest in the investigation of UFOs? Do you think it’s feasible that many science fiction films are based on true occurrences, or better put, “leaks” provided by the government in order to purposely raise awareness among the general public?

Following the “declassification” of some documents in 2011, a 1947 report written by a special agent of the FBI was made available to the public. After years of interviewing and studying the UFO phenomenon, the FBI special agent, a lieutenant colonel whose identity was withheld for the sake of “national security,” gathered a large amount of information on the phenomenon.

According to reports and “Declassified” documents, we have been visited by a number of extraterrestrial species, some of which are not only from other planets but also from different dimensions. Some of these beings come from an ethereal plane that exists alongside our physical universe.

These “entities” that had the ability to “materialize” on our planet appeared as giant translucent figures. Declassified FBI document Suggests “Beings From Other Dimensions” Have Visited Earth

© FBI
The following is a transcript of some of the most important details from the report: Part of the disks carry crews; others are under remote control. Their mission is peaceful. The visitors contemplate settling on this plane.

These visitors are human-like but much larger in size. They are not excarnate Earth people but come from their own world. They do NOT come from a planet as we use the word, but from an etheric planet which interpenetrates with our own and is not perceptible to us. The bodies of the visitors, and the craft, automatically materialize on entering the vibratory rate of our dense matter.

The disks possess a type of radiant energy or a ray, which will easily disintegrate any attacking ship. They reenter the etheric at will, and so simply disappear from our vision, without a trace.

The region from which they come is not the “astral plane”, but corresponds to the Lokas or Talas. Students of esoteric matters will understand these terms.464
They probably can not be reached by radio, but probably can be by radar. if a signal system can be devised for that (apparatus).

Addendum: The Lokas are oval shape, fluted length oval with a heat-resistaning metal or alloy is not yet known the front cage contains the controls, the middle portion a laboratory; the rear contains armament, which consists essentially of a powerful energy apparatus, perhaps a ray.

What are your personal opinions on this matter? Is it possible that the same beings who have visited us in the last 50 to 60 years have also visited Earth hundreds and thousands of years ago?

Are these beings influenced our civilization as we know it today? And is it possible that they are still influencing the way of life on Earth?

The former director of the CIA spoke about “flying saucers”