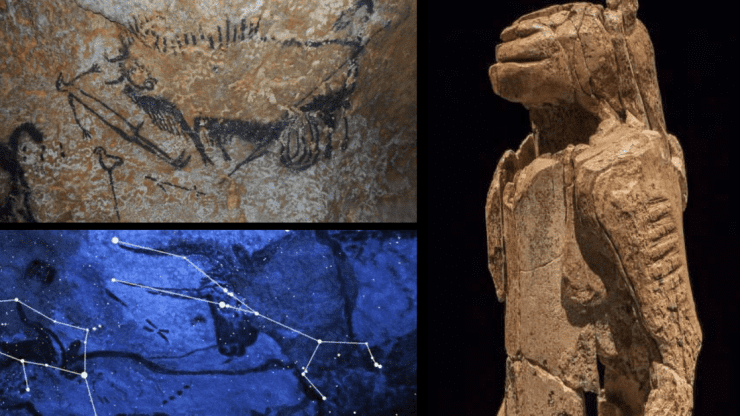 A study by a team at the University of Edinburgh in the UK suggests that perhaps as far back as 40,000 years ago, humanity has been keeping track of time using knowledge of the slowly changing positions of stars.

Researchers have found evidence in cave paintings across Europe that ancient humans knew about complex astronomy without using any modern tools.

The study says that artworks found at various locations across Europe do not simply depict wildlife as previously thought.

Researchers have suggested these paintings are symbolic representations of constellations in the night sky. These symbols were used to indicate dates and mark events such as comet strikes in ancient times.

The research has been published in the Athens Journal of History and if accepted by the scientific community, it will help understanding modern astronomy for several millennia. It turns out that the ancients understood the concept of planetary displacement.

It shows that the ancients understood an effect caused by the gradual displacement of the Earth’s axis of rotation. Called precession of the equinox, the discovery of this phenomenon was previously attributed to the ancient Greeks – dating back to around 2,500 years ago.

The researchers interpreted two important events recorded in these cave paintings. They clarified that previous understandings of the artwork at Gobekli Tepe in Turkey when reading it as a keepsake were incorrect.

They say the Gobekli Tepe artwork records a devastating comet attack around 11,000 BC. This is important because the comet’s strike is thought to have started a small ice age known as the Younger Dryas.

Researchers further explain the ancient artwork found known as the Lascaux Landscape, in France. The drawings show a dying man and some animals around. Research suggests that this may be symbolic of another comet attack around 15,200 BC.

“Early cave art shows that people had advanced knowledge of the night sky within the last ice age. Intellectually, they were hardly any different to us today,” said Martin Sweatman, of the University of Edinburgh, who led the study.

“These findings support a theory of multiple comet impacts over the course of human development, and will probably revolutionise how prehistoric populations are seen,” said Sweatman.

The team confirmed these findings by comparing the ages of many examples of cave art – known from chemical dating of the paints used – with the locations of the cave’s stars in antiquity as predicted by sophisticated software.

The world’s oldest sculpture – the Lion-Man of the Hohlenstein-Stadel Cave – from 38,000 BC was also found to fit this ancient timekeeping system.

The mysterious statuette is believed to commemorate the catastrophic impact of an asteroid that occurred around 11,000 years ago, initiating the so-called Younger Dryas Event, a period of a sudden cooling of the climate.

“The date carved in the “Vulture Stone of Göbekli Tepe is interpreted as being 10,950 BC, within 250 years,” explained the scientists in the study.

“This date is written using the precession of the equinoxes, with animal symbols representing stellar constellations Corresponding to this year’s four solstices and equinoxes.”

Ancient Hall Of Records Found In Romania Kept Secret Since 2003