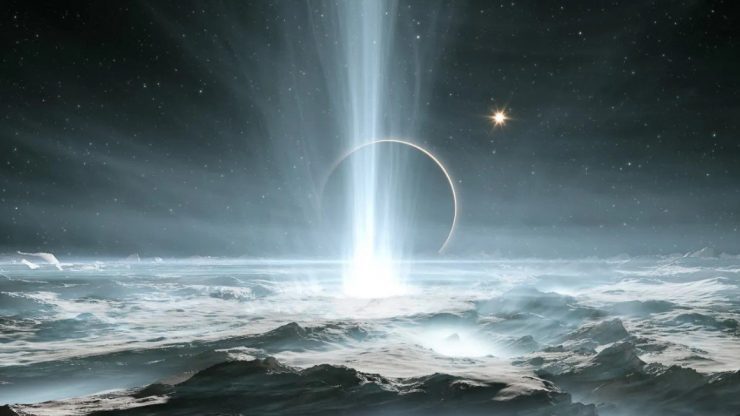 Scientists have found evidence that Jupiter’s icy moon Europa has liquid pools near its surface. When it comes to looking for signs of extraterrestrial life in our own solar system, there is no more enticing target than Europa, a world thought to be home to a potentially habitable ocean of liquid water hidden deep under a thick, icy outer shell.

But while the focus for many years has been on the possibility of life deep in its subterranean ocean, more recently scientists have found signs of shallow pools of liquid water much closer to Europa’s surface, which could also be a good place to look for signs of life.

The discovery was made by comparing the surface of Europa, which has giant parallel ridges stretching for hundreds of miles, with similar features found on the Greenland ice sheet.

If they formed in a similar way, then, like Greenland, Europe could be home to pockets of groundwater, which scientists believe would help circulate chemicals essential to life.

“Water in a liquid state near the surface of an ice shell is a really provocative and promising place to imagine that life has a chance,” said geophysicist Dustin Schroeder of Stanford University.

“The idea that we could find a signature that suggests the existence of such a promising water pocket is very exciting, I think.”

If this turns out to be true, future space probes will find it easier to analyze Europa’s water samples for signs of life because it won’t have to drill very deep into the ice crust to get to it.

Classified UFO Videos Would Harm National Security If Made Public, US Navy Says