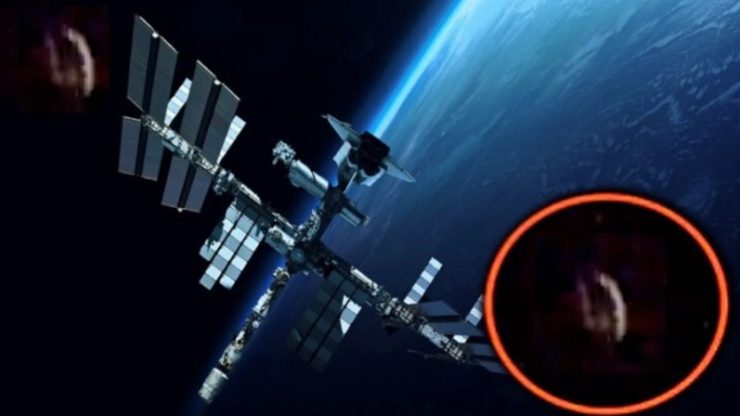 Near the space station, a flotilla of three UFOs was spotted, the first to report the discovery was researcher Marco Pedotti.

After that, the well-known Taiwanese ufologist Scott Waring commented on the footage.

According to an unidentified researcher, he reviewed the footage over and over again, believing it to be 100% authentic.

“I went over this footage again and again, and I cannot see anything wrong with it. It is 100% authentic. When I took screenshots of some of the UFOs…I noticed they were all blurry and transparent. But one UFO was over land and it looked like a triangle, but when focused is actually a four sided pyramid,” Waring wrote on his blog.

“This is crazy cool for sure. These are not satellites, they shoot off turning incredibly fast. I have seen satellites released before from the space station… this is not such a thing. These are 100% alien technology, piloted by living entities. ”

Of course, Internet users also actively joined the discussion. And, as expected in such cases, opinions were divided.

Someone was skeptical about what they saw, someone supported the idea that we are talking about aliens.

Rep. Tim Burchett On UFO Findings: “The Government Is Part Of The Cover-Up”