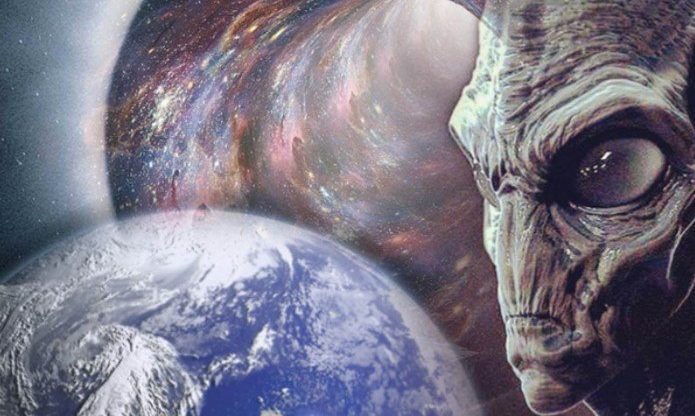 The scientists noted that our search for life in outer space could be undermined by the fact that we don’t have a clear definition of what life is.

Astronomers have been peering into the night sky in an attempt to study the universe for thousands of years, but only recently have we developed technology that allows us to “see” the cosmos farther than our eyes can see.

And yet, with all the telescopes and equipment at our disposal, we still have not found any signs of life on any planet other than ours.

But perhaps we are looking for the wrong things in the wrong places. Some scientists argue that we don’t have to look very far to find aliens, and they may indeed be living among us on Earth, but in a different dimension.

According to the theory of ufologists, who were also supported by Jacques Vallee, who in 1963 created the first computerized map of Mars for NASA, aliens may exist in other “realities” or “dimensions”.

Without a clear definition of what life is, scientists and astronomers can make the huge mistake of assuming that life outside of our planet is exactly the same as on Earth.

Speaking to the Guardian, astrobiologist Helen Sharman said: “There are billions of stars in the universe, on which all kinds of life forms should exist. Will they, like you and me, be made of carbon and nitrogen? Probably no. Maybe they’re here right now and we just can’t see them.”

Geobiologist Victoria Orfan of the California Institute of Technology also suggested that some living things may exist in a kind of “shadow biosphere”.

Orfan believes that scientists who are looking for life based on the prevailing dogma that all living things are based on the same handful of chemical elements can overlook a lot without realizing that there are organisms that “do something a little bit differently.” to another.

Astrobiologist Lynn Rothschild of NASA’s Ames Research Center said: “You can’t hunt something if you have no idea what it is.”

She continues: “I believe that we have only one definition of life. I wonder if life is exactly how we define it?“

Meanwhile, University of Cambridge zoologist Arik Kershenbaum, author of The Zoologist’s Guide to the Galaxy, explains: “NASA needs a clear definition of life in order to know which life detectors to use in its missions. It would be wrong to assume that the biochemistry we are familiar with is what we are going to find on other planets.”