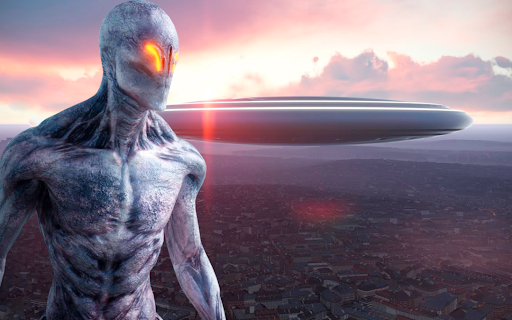 UFx researcher Ryan Sprague said that the UAPx, the organization responsible for the investigation of unidentified flying objects (UFOs) and unidentified aerial phenomena (UAPs), would soon publish new information about them.

The UAPx researcher said in a press release:

UAPx will consider the data under review, as well as all the data without processing, at the disposal of the public when they are legally authorized, after identifying and ensuring the storage space and the appropriate servers.

Second UAPx, the data that our team collects, processes and analyzes is the most important body of scientific information on UFO / UAP phenomena.

The data of this report include more than 600 hours of infrared video from several FLIR cameras (thermal infrared). It appears that a total of three terabytes of visual information was recorded in this investigation.

Sprague goes on to explain that in the process of analyzing these data, a significant number of unusual objects and phenomena have been identified that are currently under investigation prior to their public disclosure.

He also stated that the nature and type of this information could ultimately confirm the real presence of these unknown phenomena.

The government agencies have recently taken serious decisions on UFOs or the UAP.

In June this year, members of the Intelligence Committee of the Chamber of Representatives held a secret meeting with FBI and US Marine officials to discuss these unknown phenomena, which some legislators have described as a threat to national security

Also in the same month, the US government published its first UFO / UAP report.

In November 2021, the Defense Department established a new working group to locate and identify UFOs / UAPs that were flying on the limited aerial border.

However, no conclusive evidence of the existence of extraterrestrials has been provided. Can the UAPx data be documents that many people have been waiting for?

The Secret Hangar 18: UFO And Alien Bodies In A Secret U.S Air Force Base