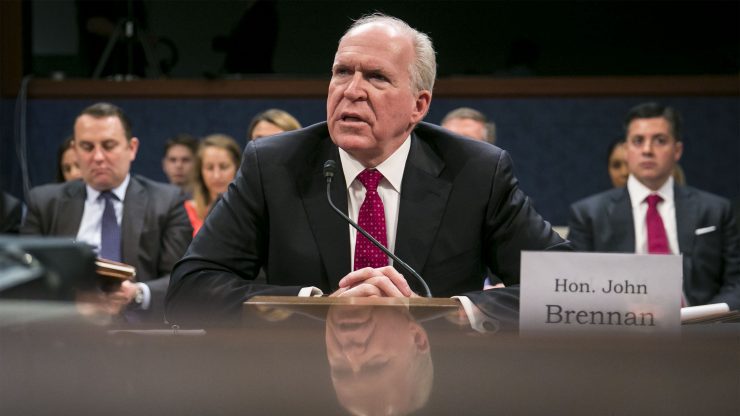 Former CIA Director John Brennan said it would be “presumptuous and arrogant” to think that people are alone in the universe. The ex-head of the intelligence agency commented on the declassified UFO videos in the United States. John Brennan, who served as director of the CIA under Barack Obama from 2013 to 2017, joined the list of those who suggest that life may exist outside the Earth.

During a podcast appearance, the former CIA director made it clear that he did not rule out the possibility of alien life forms.

Life is defined differently. I think it’s a bit presumptuous and arrogant for us to believe that there is no other form of life in the entire universe. But I think. that some of the phenomena that we are going to see are still unexplained and may actually be a phenomenon of some type that has resulted from something that we do not yet understand and which may include some type of activity that, according to some, constitutes a different form of life.

At the same time, Brennan does not fully share the idea of the existence of aliens

I just want to keep my mind open as to what something might be, but who knows what it might be?

Nevertheless, his comments confirm the belief that life can be somewhere else besides Earth. In April, the US Department of Defense declassified three videos taken from 2004 to 2015, which depict unidentified aerial objects, for which no explanation has yet been found.

I’ve seen some of these videos of Navy pilots, and I have to tell you that they cause surprise when you look at them. I think it’s important to get into a different environment and find out if there were any weather phenomena at that time that could actually create the appearance of the phenomenon you’re looking at?

Despite the fact that the interview is not the most recent, we decided to publish it for a reason. After a wave of different news that changed their agenda, we could forget about the main thing. We have potential threats, the origin of which humanity has not yet been able to identify. The very fact that the former director of the CIA says that he does not deny the existence of other forms of life suggests that the issue is being studied, and there is no categorical denial anymore.

Perhaps due to the position he held in the past, he could not publicly tell everything he knows and his other considerations. However, it should be understood that they want to convey certain information to you and me, we are being prepared for something. To what? Follow our website, we will try to keep you informed.