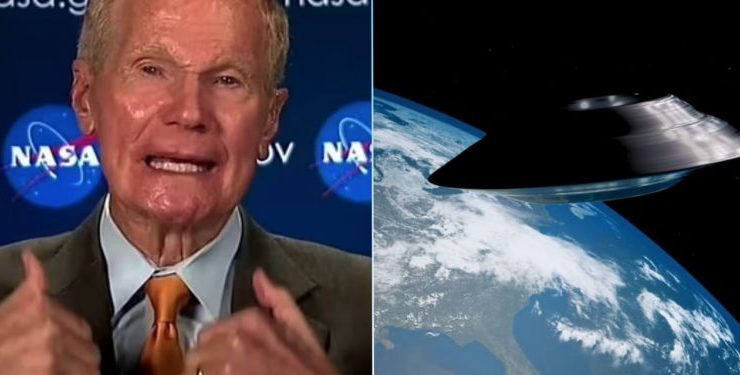 Bill Nelson, who was sworn in as NASA administrator in May 2021, sounded remarkably open-minded about the possibility of extra-terrestrial life during an interview with the University of Virginia’s Canter for Politics last week.

The head of NASA suspects that we are not alone in the universe—or multi-universes, for that matter.

“My personal opinion is that the universe is so big, and now, there are even theories that there might be other universes. If that’s the case, who am I to say that planet Earth is the only location of a life form that is civilised and organised like ours?” Nelson told Larry Sabato, a professor of politics at UVA.

He continued: “Are there other planet Earths out there? I certainly think so, because the universe is so big.”

The leader of NASA hinted at the possibility that some UFOs might be extra-terrestrial life forms or beings from an alternate universe.

Nelson said he didn’t know for sure what some of the unidentified aerial phenomena seen by Navy pilots are.

He said that “I’ve talked to those pilots, and they know they saw something, and their radars locked onto it, and then all of a sudden it was here,” as he looked down, “on the surface and then it’s there,” as he pointed up.

Sabato tried to milk a definitive stance from the NASA administrator, pointing to a May episode of 60 Minutes on UFOs and commenting that there was speculation about whether the sightings were caused by China, the Russians, or “of extra-terrestrial intelligent beings.”

“What is your theory?” he asked Nelson. “You’ve heard a lot of options. Which one do you think is the most credible, if you could choose?”

“I don’t know the answer to that,” Nelson said. “But I do know this, that my personal opinion is that the universe is so big, and now, there are even theories that there might be other universes, and if that’s the case, who am I to say that planet Earth is the only location of a life form that is civilised and organised like ours?”

The NASA leader added, “Are there are other planet earths out there? I certainly think so, because the universe is so big.”

Saucer-shaped craft that collects lightning during thunderstorm filmed in Missouri