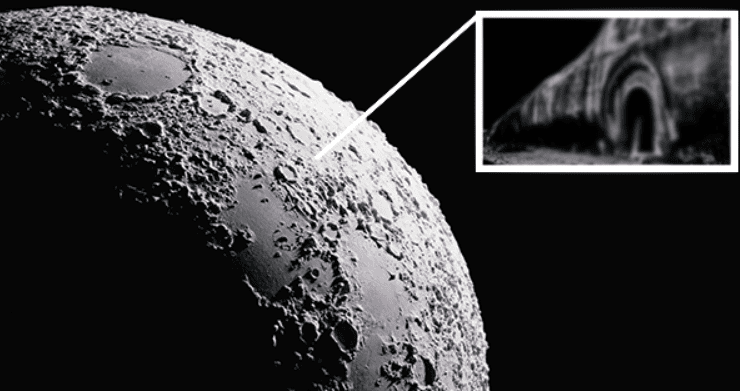 It turns out that the Moon holds many more secrets than we previously imagined. We’ll cover some basic things then share the top 10 conspiracies about the moon in this article.

New research and data from various lunar missions over the years have revealed that the Moon is a much more complex and dynamic place than we once thought. For example, scientists have discovered water ice on the Moon’s surface, as well as evidence of past volcanic activity. These findings have completely changed our understanding of the Moon and its history.

In addition to these discoveries, the Moon may also hold valuable resources that could be used for future exploration and colonization. For example, the presence of water ice on the Moon means that it could potentially be used as a source of hydration for astronauts and as a component in rocket fuel. Nasa’s wet dream.. if they’ve even been.

Despite these exciting new revelations, there is still much we don’t know about the Moon. Why? We may have never been. Future lunar missions will be crucial in continuing to unravel its mysteries and unlock its full potential. They tell us.

Overall, it is clear that the Moon is not what we once imagined it to be, and there are many more secrets waiting to be discovered. As we continue to explore and study the Moon, we can expect to uncover even more exciting and unexpected findings.

Top 10 Conspiracies About The Moon

The Moon landing was faked: Some people believe that the Apollo 11 Moon landing in 1969 was a hoax, and that NASA faked the event using special effects. We lean towards this being true, based on all the evidence.

The Moon is a spaceship: Some people believe that the Moon is actually a giant spaceship that was placed in Earth’s orbit by an advanced alien civilization.

The Moon is a natural hologram: According to this theory, the Moon is not a real physical object, but rather a holographic projection created by some unknown force.

The Moon is a stargate: Some conspiracy theorists claim that the Moon is a gateway to other dimensions or even other worlds.

The Moon is a base for secret government experiments: Some conspiracy theorists believe that the Moon is being used as a secret base for the government to conduct experiments and research on advanced technologies.

The Strange Case Of Rudolph Fentz, The Man From 1800 Who “Died” In The Future