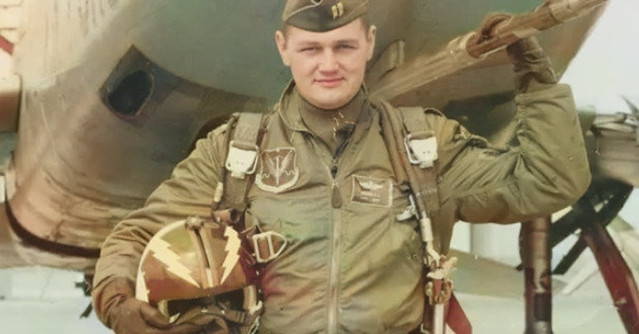 Lieutenant Colonel of the US Air Force Richard French, who tells about the incident of 1950, admitted that he saw aliens and their ships. In the early 1950s, a project called Project Blue Book was founded in the United States, the purpose of which was to collect, study and analyze UFO reports. By the time the project was terminated in 1970, experts said that aliens, like their aircraft, did not exist, and strange objects were airplanes or natural phenomena.

Lieutenant Colonel Richard French of the US Air Force took part in the activities of the project, who was tasked with suppressing false reports of the appearance of UFOs. The duties of the serviceman also included going to the place of alleged contact with aliens.

French did not talk about what he saw while working, but at a recent disclosure hearing in Washington, D.C., the 83-year-old retired officer admitted that he had seen aliens and their ships with his own eyes.

According to the ex-lieutenant colonel, in the early 1950s, residents of the Canadian city of St. Johns, the capital of the province of Newfoundland and Labrador, received information that several UFOs had been spotted off the coast of the Atlantic Ocean. The authorities ordered French to go to St. John’s and sort out the situation.

Recalls a former employee of the project:

I was told that there is a report on unidentified flying objects and I have to do this investigation. I was provided with information according to which two vehicles plunged into the water at a speed of about 100 miles per hour (161 km/h). By the time I arrived, a lot of people had gathered at the pier, including several local policemen, who were looking at the water surface with amazement.

The water was very clear, and I clearly saw two round vessels, each of which was about 18 feet (5.5 meters) in diameter and 3 feet (0.9 meters) high. The objects were floating under the surface of the water at a distance of several feet from each other and 20 feet (6 meters) from the shore.

Near the ships I saw two light gray creatures about 2 or 3 feet tall (0.6 or 0.9 meters). They had very thin long arms with two or three fingers. The upper part of the head of these creatures was much wider than their jaw line, and the eyes were slanted and as if without pupils. They looked like aliens from a movie.

Then one of the ships flew out of the water, but returned 20 minutes later. The creatures again approached the device and began some actions. After 20 minutes, both ships slowly rose out of the water, accelerated and disappeared from sight. I think the aliens repaired the vehicles and checked their reliability.

According to the Huffington Post website, the lieutenant colonel filed a fictitious report in which he indicated that he had seen a foreign vehicle.

Oh, I have no doubt that they were UFOs with aliens on board. But my task was to debunk the story about aliens, so I did everything possible to achieve this goal.