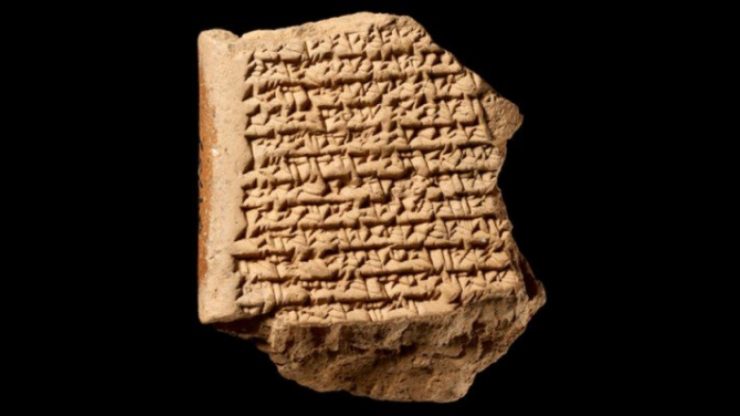 A researcher has just deciphered a mysterious clay tablet from ancient Babylon and it has changed history forever.

After close study, researchers concluded that ancient Babylonian Astronomers were able to calculate the precise celestial movements of Jupiter with the help of an ancient form of geometric calculus, which, according to mainstream scholars, wasn’t invented over millennia after.

Mainstream scholars had maintained for quite some time now that this type of math was by the Europeans over 1500 years later.

The ancient Babylonian tablet was translated by Astro archaeologist Matthieu Ossendrijver of Humbolt University in Berlin.

“This means that these ancient Mesopotamian astronomers had not only figured out how to predict Jupiter’s paths more than 1,000 years before the first telescopes existed, but they were using mathematical techniques that would form the foundations of modern calculus as we now know it.”

The discovery is a groundbreaking one, since the tablet belongs to a group of hundreds of other tablets that were excavated during the 19th century, and researchers all around the globe have been working for over one hundred ears, trying to decode them all. Researchers believe that the clay tablets date back to around 100 or 200 BC.

The tablets are the ultimate piece of evidence which suggests that ancient astronomers had the knowledge and ability to calculate both speed and distance of celestial objects. The tablet proves that ancient Babylonian astronomers were tracing Jupiter in the sky in a specific amount of time. They achieved this by measuring the speed of the planet every single day and used advanced formes of geometric calculus that allowed them to accurately measure the planets speed on the first and sixteenth day of their measurements, something that allowed them to obtain the distance it travelled.

What ancient Babylonian astronomers did was calculate the area inside of a trapezoid, which allowed them to find out where the planet would be located in the sky. This according to researchers, is the same link between velocity and displacement which is being taught today in introductory calculus classes in schools.

Interestingly, New Scientist points out that Scholars at Oxford’s Merton College and in Paris during the 14th century are “typically credited with the same insight about velocity and displacement. They even connected it to the trapezoid shape. These ideas were the antecedents of the calculus developed by Newton and Leibniz – but the Babylonians had them far earlier.”

While this discovery is unique and groundbreaking, it also shows just how little we know about ancient civilisations like the ancient Babylonians, Egyptians, Aztecs and Maya who were all incredibly skilled astronomers, researchers and builders who achieved incredible feats thousands of years ago.

Coincidence, Or Something More? Legends Of Giants Are Present In Almost All Mythologies