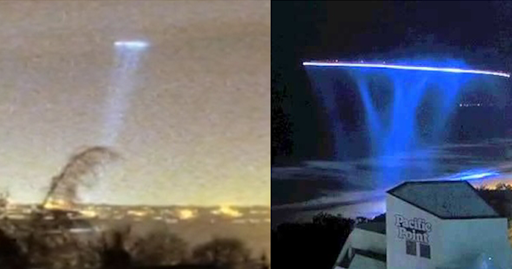 For the first time since its opening day the Xiaoshan Airport from Hangzhou, China has officially closed out due to unforeseen events. The events that caused this airport to shut down were jarring, to say the least.

Everything was running smoothly when all of a sudden all the machinery started beeping because a sudden unknown unidentified aircraft emerged out of thin air right in the middle of the airport.

The people that claim to have seen it with their own eyes stated that it did not look like it was made by human hands.

Because of it, the airport was forced to shut down and divert 18 flights.

What really sets this incident apart is that it wasn’t spotted by one or two people alone. Everyone at the airport claims to have seen it with their own two eyes.

They all filmed and took pictures of the spacecraft, pictures that you can see yourself in this article. Because of how many angles of the aircraft there are we can safely conclude that it wasn’t photoshopped.

A lot of people believe that this wasn’t a UFO though, claiming that it was a man-made airship that was meant to replicate the look of a UFO. The event took place in 2010 and people should not forget it, because it was real. What do you think?

The Secret Hangar 18: UFO And Alien Bodies In A Secret U.S Air Force Base