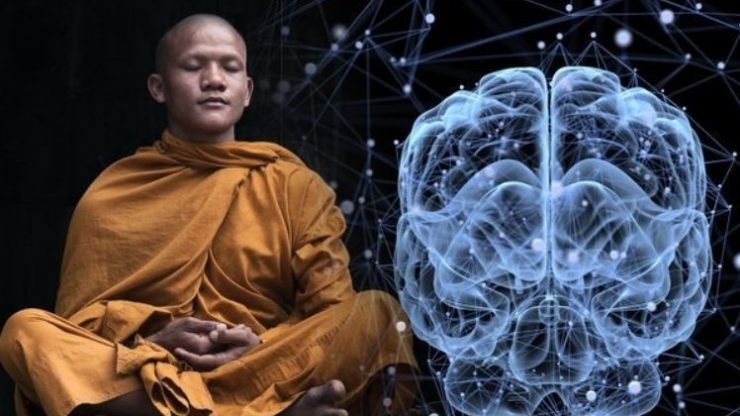 “A trance that lasts several centuries” is how researchers call the phenomenon of “post-mortem meditation.” Tibetan practice haunts scientists due to the unusual behavior of the body.

For example, the bodies of Buddhist monks, forever frozen in the lotus position, do not decompose. And the brain, apparently, takes much longer to die than in ordinary people.

A shrine of particular importance for tens of millions of Buddhists is located in Buryatia. Every year, believers from all over the world flock to the Ivolginsky datsan near Ulan-Ude to see the main miracle: the imperishable body of a monk in one of the dugans (temples).

“This is Dashi-Dorzho Itigilov, who lived here a hundred years ago. In 1927, feeling his imminent death, he gathered his students and bequeathed them to check his grave every 25 years. Then he sat in the lotus position and began to meditate,” says the resident datsan.

In this position, he was placed in a cedar coffin. The body was discovered only in 2002. “Feels like he died a couple of days ago: not the slightest sign of decay!” says a local monk. “Even the hair hasn’t changed.”

This was also confirmed by specialists from the Russian Center for Forensic Medical Examination. According to them, the hairline is identical in properties to a living one. Although the body itself is considered dead: the body temperature is only twenty degrees.

For almost 20 years of research, scientists have not explained how this is possible. Moreover, Itigelov’s phenomenon is not the only one. There are similar “monastic mummies” in other countries.

Seven years ago, the body of a monk who died in 1852 was found in a Mongolian monastery. “Apparently, he died while meditating. This is the so-called tukdam: students gather around the lama and, as it were, absorb his energy. almost no moisture remains. However, the brain works and consciousness is preserved,” says anthropologist Gankhugiin Purevbata.

Controversy erupted. Some experts say that the monk is still alive – the body temperature, although below normal, is not significant. Others shrug their hands – it can’t be.

According to Buddhist ideas, in tukdam, a person controls consciousness himself. In this state, some lamas stay for a week, a month or several years, as if delaying the final death.

According to some scientists, this completely changes the idea of ​​\u200b\u200bdeath. “Western medicine considers a binary state: either alive or dead. However, as we can see, biological processes are not an on-off system,” says American psychologist Richard Davinson.

“Consciousness does not go away”

Hence the hypothesis: human consciousness “lives” for some time after the stoppage of all biological mechanisms. It is quite possible that the Tibetan monks learned about this many centuries ago and learned to “control dying.”

Davinson’s team investigated dozens of Buddhists in the tukdam. The main indicators of the body were measured both during meditation and after death. It turned out that the body in this state really decomposes much more slowly.

Another thing is the brain. Electroencephalography of 13 dead did not reveal any impulses.

True, the scientific community drew attention to an important detail: the monks were studied 26 hours after their death.

“Unfortunately, most Buddhist monasteries in India are located in hard-to-reach places,” notes anthropologist Dylan Lott. “However, indirect evidence suggests that after the vital organs stop working, the brain sends signals for several more hours. And during this period, consciousness, apparently, doesn’t leave.”

It is the first minutes after cardiac arrest that scientists are interested in. This is because science is wrestling with questions about the nature of consciousness: what is it and where is it located? So the experts turned to centuries-old religious practices.

Russian scientists were among the first to do so. Two years ago, the Institute of the Brain of the Russian Academy of Sciences agreed with the 14th Dalai Lama, the spiritual leader of Tibetan Buddhism, to establish two research centers in monasteries in southern India. Lamas were also studied in deep meditation.

It was found that during the “immersion” the body reacts much less to signals from the outside world. And this happens automatically, without the participation of consciousness.

This phenomenon is most distinct in tukdam. The body of the deceased looks like he fell asleep: no signs of decomposition, the skin is elastic.

“Any normal person, when he enters a room with a dead person, experiences a certain detachment, unwillingness to approach, discomfort. But there is nothing of this with tukdam — there is even a feeling of some kind of calm,” says Academician Svyatoslav Medvedev, head of the Institute of the Brain of the Russian Academy of Sciences.

Why this is so is not known for certain. Perhaps the tone of the body after death is maintained by the brain, in which some kind of activity is preserved.

“Another version: under the influence of meditation, when dying, some substances are released that protect cells from decomposition,” the scientist adds. But so far there are no answers to these questions. Research into the phenomenon of “post-mortem meditation” will continue.

Hollow Earth Antarctica: Gateway To Aliens Within The Earth