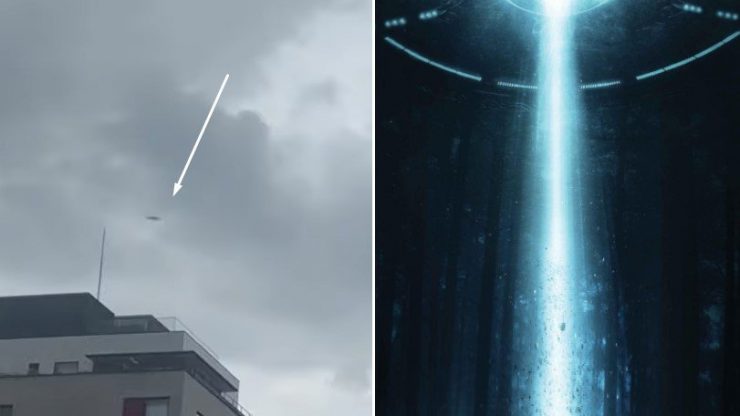 On April 1, 2022, a black UFO was captured above the Asakusa Kaminarimon temple in Tokyo, Japan.

The UFO emitted a circular beam of light visible especially well in the photographic negative, and then disappeared from the sight of the witness in a split second.

Witness description: April 1, 2022 Taito-ku, Tokyo Discovered a UFO moving at high speed above Asakusa Kaminarimon, and confirmed that it was emitting a circular light around the aircraft.

If you look carefully then you see that the UFO emitted a circular beam of light, something like an energy field, around the craft, before it disappeared in a split second.

The object moved quickly over the roof of the temple. This type of movement is a bit like civilian drones. The quality of the video below does not allow any hypothesis to be drawn as to the identity of this vehicle.

“The U.S. Government is aware of the alien bases on the Moon”, Former U.S. Air Force Officer reveals