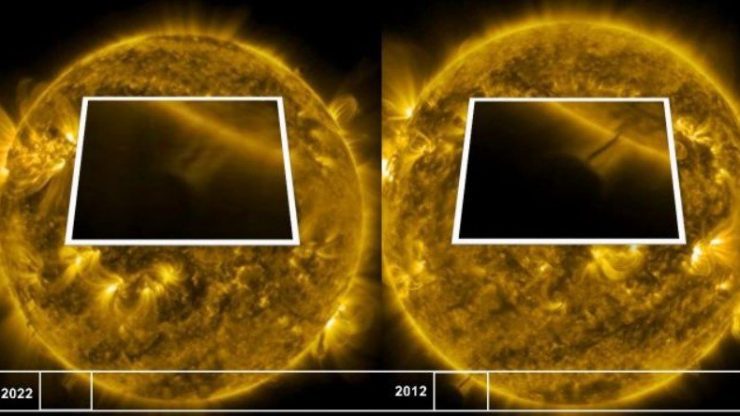 NASA calls it a prominence, but how likely is it that a prominence tethered to the sun will reappear at the same spot after 10 years?

According to NASA scientists, the feature is actually a little-understood, but frequently observed, type of solar activity called a “prominence,” and the way it is situated beneath another solar feature gives it its otherworldy appearance.

It seems unlikely unless it is not prominence but a UFO refueling by sucking up solar plasma.

On 2012-03-11 NASA’s satellite AIA171 captured a huge sphere tethered to the sun before flying back into space.

Only an object under intelligent control can carry out such a performance.

Russian Ufologist: Aliens Live Among People, But Not In Human Form