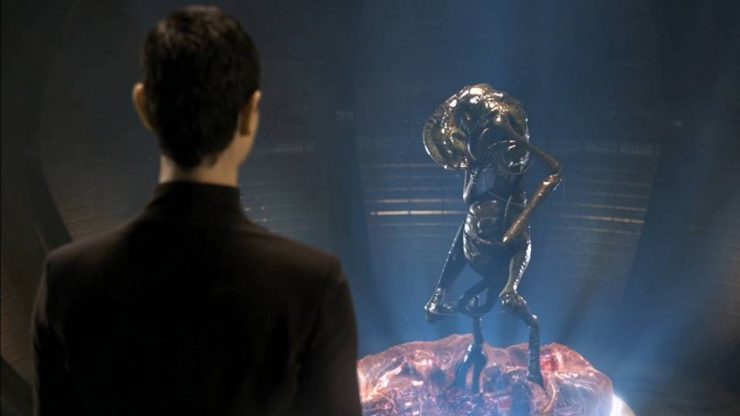 Green men, flying saucers and space. June 24 is the day of awareness of the “undoubted existence of UFOs” around the world. On this day 75 years ago, the appearance of a UFO was officially recorded in the world for the first time in the modern era. US amateur pilot Kenneth Arnold saw nine disc-shaped objects in the air that were flying at a speed of about 2 thousand km/h.

Shooting stars, a solar eclipse and a full moon – such phenomena for humanity are already in the order of things, and they do not cause any surprise or shock at all. But unidentified flying objects or UFOs have not left alone not only space explorers, but also the most ordinary sky watchers for many, many years.

There is still no clear answer whether aliens and flying saucers exist. Some people think that they are, others are sure that they are not, and all this is just another fairy tale that people like to believe in.

History of the holiday

The date of June 24 was chosen for celebration for a reason. It was on this day in 1947 that businessman Kenneth Arnold flew from Chehalis to Yakima over Washington. He took a short detour as he learned of a reward for finding a USMC transport plane that had crashed near Mount Rainier.

Not far from Mount Rainier, he suddenly saw a series of bright flashes of nine unknown objects at a distance of 20-25 miles from him. At first, the pilot thought that these could be reflections in the windows of his aircraft, but, while looking closer, he realized that this was not so. Reflections came from flying objects. They moved in a line, but very quickly. Arnold thought that this was a new type of jet aircraft, he began to look for a tail, but there was none!

When Arnold landed in Yakima, he told several pilot friends about what he saw, who suggested that he might have seen guided missiles or a new aircraft secretly being developed by the United States Army. The next day, journalists were already talking to him. Arnold told them everything in detail – and they believed him: Kenneth had a reputation as a good pilot and businessman, and besides, he gave a lot of details of his encounter with the unknown.

It turned out that Arnold Kenneth was not the only one who saw a UFO. After the publication of the pilot’s story, newspapers began to receive letters from people living in those parts. Raymond Bernier saw three objects in the sky similar to those described by Arnold. Ethel Wheelhouse also reported seeing strange discs around the same time as Arnold. Then there was another witness who saw flying saucers over the same mountain as Kenneth at about the same time.

In early July, in a subsequent interview, Arnold Kenneth first raised the topic of a possible extraterrestrial origin of the unknown objects. He suggested that they could be “visitors from another planet.” The pilot himself said that he bought a video camera, which he would take on every flight – in order to get photographic evidence of what he saw.

“If our government knows anything about these devices, people should be informed immediately. A lot of people here are very worried,” Arnold said in an interview with the Chicago Times. “Some people think these creatures might be from another planet. But they don’t hurt anyone, and I think it would be wrong to shoot down one of them, even if it’s possible.”

After some time, the term “flying saucer” became familiar. It is believed that Arnold’s observation led to its appearance. In the future, UFOs were reported more than once.

A week later, on July 2, 1947, the Roswell Incident occurred in America. Then, in the vicinity of the town of Roswell in the state of New Mexico, a local resident discovered the wreckage of a silver ship. The man was not taken aback and, having loaded the details of an unknown object into the car, he went to the sheriff and told about what he saw.

Six days later, on July 8, many newspapers reported that a flying saucer had been captured near Roswell. But the very next day, a refutation appeared, which said that the discovered object was a weather balloon used as part of the secret Mogul program.

Consequences of the events of 1947

After all these events around the world, people began to increasingly observe unidentified flying objects and put forward many different space theories. Scientists began to devote scientific articles and research to this topic, and the cinema was replenished with interesting movies about space and aliens.

Also, this topic has become one of the main ones in science fiction magazines and television programs. And festivals dedicated to UFOs have become a permanent sightseeing in the city of Roswell.

9 Deaths and Disappearances Linked to Aliens