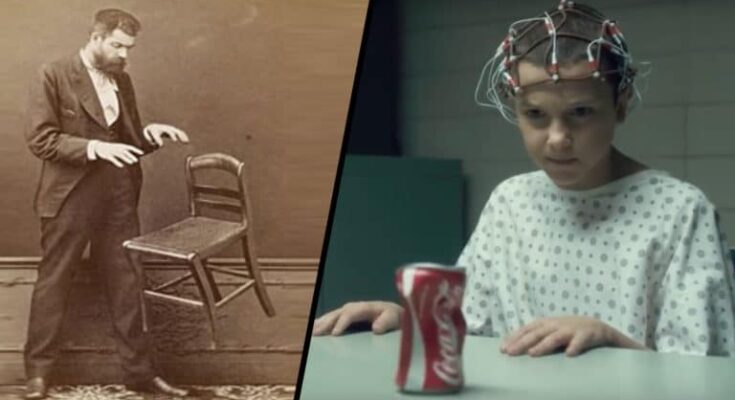 Thanks to centuries upon centuries of scientific advancements, we humans have come to understand a lot about our reality. Really, the extent of our knowledge is truly impressive. Not only do we know about objects as big as galaxies, but we also know about the smallest subatomic particles.

However, even with all our understanding, it is a well-known fact that we are still barely scratching the surface. Reality is so beautifully complex that there are things that are still largely unexplained by science, and questions that remain unanswered. Fortunately, though, spirituality provides us with a lot of insight into the unknown. In a way, it addresses the realm that science still hasn’t entered.

Take, for instance, psychic powers. Spiritual and religious texts have forever mentioned and described a lot of these capabilities. This has been confirmed by countless accounts of people throughout the ages who have witnessed these phenomena first hand. But what really are psychic powers, and how do they work?

What Are Psychic Powers?

Psychic abilities involve all those acts and phenomena that can’t be explained by natural laws. Essentially, these abilities make you feel as though the accepted laws that we witness on a daily basis are being violated. For instance, if someone levitates in front of you, that would be against the law of gravity. And the generally accepted laws of science wouldn’t be able to explain that.

Although most people can learn and use psychic powers after rigorous training and practice, only a handful are born with a natural inclination towards them. These people find it really easy to connect with their inner being and the universe at large on a fundamental level. This allows them to manipulate reality in a way that seems like magic.

Now, there are many different types of psychic abilities. And usually, one person is able to master only one of these abilities. Let’s take a look at some of the most popular and recognized ones.

In the psychic world, “astral” means “of the soul“. Therefore, astral projection is the extension of the soul outside the physical body. Those who have this ability are able to have an intentional out-of-body experience wherein their soul exits their body and travels anywhere in the universe. This unshackles the person from a lot of limitations that their physical body is subject to. After all, the soul is free of the natural laws and can do whatever it wishes in whatever manner it wishes.

So, you can imagine sending your soul to some other part of the world and “experiencing” what is happening there. Even those who don’t have this ability often report having experienced it in their dreams or during meditation. This is not surprising at all given the deep spiritual significance of both sleep and meditation.

To understand channeling, we need to first understand that there are higher-dimensional beings that exist parallel to our reality. These are usually your guardian angels, enlightened souls, spirits of the dead, and so on. These beings cannot interact with us that easily. So, they use creative ways to send messages to us whenever there is a need.

One of these ways is channeling. In it, a psychic serves as the medium between the higher-dimensional being and the person for whom the message is intended. This can be really helpful for people as the higher beings have a much wider perspective on physical reality than us. So, not only can they answer our burning questions, but they can also guide us in our lives.

This is a highly coveted psychic power. That’s because it shows that the psychic is deeply connected to the subtle fabric of reality. Even though most people think that clairvoyance is simply our intuition or sixth sense, that is not entirely the case. Clairvoyance is a powerful ability that gives a person an extrasensory perception of objects, people, locations, and situations.

So, they can figure out things that are simply not accessible by other people. For instance, a clairvoyant can tell what is happening at a different location with precision. They can also tell how a person is feeling or even what they are thinking.

Most people have heard of telepathy. However, they might not know about dream telepathy, a similar psychic ability that relates to dreams. A person who has this power can contact other people in their dreams. So, if you have this ability, you can talk to or appear in the dream of anyone you like.

The other person will not be able to tell that they are experiencing a psychic phenomenon. For them, it would be like seeing just another dream. However, when you tell them the details after they wake up, they will realize just how other-worldly this power is.

This is perhaps the most widely used psychic power in the modern world. Also, it is quite possibly the most useful one. Energy healing is the technique of using your spiritual energy to bring about physical, mental, emotional, or spiritual healing in another person. This happens at an energy level and involves the transference of divine energy into the other person.

There are many different kinds of energy healing in practice. Some of them are Reiki, Pranic healing, Psychic surgery, Qigong, etc. However, the underlying principles of all these types of healings are the same. It’s that we are all made of the same energy. And using this energy, we can be healed in any manner conceivable.

This is another one of the most recognized psychic abilities. This is so popular that it has been shown in countless movies and tv shows. After all, premonition is the ability to see events in the future. And who wouldn’t want this power? If you are lucky enough to possess this ability, you can foretell exactly what is going to happen, where it will happen and when.

This can be quite useful. It can allow you to even save lives and help people in a plethora of other ways. Those who want to develop this ability can meditate intensely for months or years and slowly do so.

Throughout history, there have been many people who possessed this ability like Nostradamus and Baba Vanga.

While the previous ability was all about the future, retrocognition is about the past. It is a power that lets you know how a past event unfolded. So, you could visit any location and supernaturally perceive what happened at that location on a previous date. Again, this can be helpful in a number of ways. It can help you find things, help people, solve mysteries, and so on.

Essentially, this psychic ability can give you front-row seats to the entire history of reality. Theoretically, it could even give you a window into the very moment of the birth of the universe!

This psychic power has been the subject of hundreds of movies. This ability lets a person exert an influence on a physical object without actually interacting with it. For instance, a psychic with this power can move an object just with the power of their spiritual energy or their mind. Telekinesis has many different forms. For example – pyrokinesis is the ability to control or create fire using the power of your mind.

Throughout history, there have been many cases of telekinesis, especially in India. Jesus himself was practicing telekinesis according to the Bible.

Admittedly, this is a rare psychic ability and requires tremendous powers to manifest in a person. Even then, it is very difficult to do constantly and draws out a lot of energy from a person.

Last, but certainly not least is telepathy. This is an ability to communicate with other people simply by using your mind. So, communication happens without ever speaking words. It is said that in ancient India, sages and spiritual gurus used to talk telepathically even though the distance between them was in the thousands of miles.

What’s interesting is that many people who claim to have been contacted by extraterrestrial beings also say that they did so telepathically. It could be that telepathy will one day become a natural ability in all human beings due to our further evolution.

An increasing number of people are beginning to believe in the supernatural. As people gain a deeper understanding of reality and their own spiritual side, they begin to realize that there is more than we can perceive. This is leading to more people learning about psychic powers. As mentioned above, most people can develop these abilities through training and practice. However, some are just naturally gifted.

These were just a small fraction of the psychic powers reported throughout history. In our article titled
Buddhist Monks Superpowers: Rainbow Body, Levitation, Immortal Monks we showed many other powers possessed by Buddhist monks in remote monasteries high in the Tibetan mountains.

Disappearing boy on the fairground: Another glitch in the Matrix?